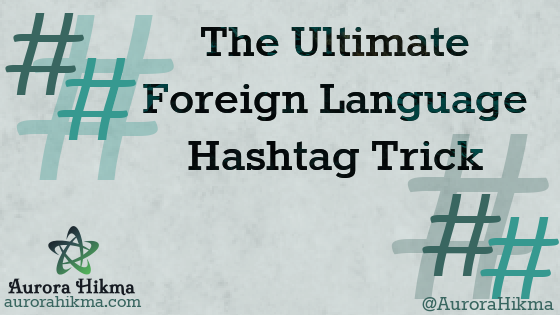 We all know that Google Translate is quite highly inaccurate when it comes to translating between English and non-European languages. (I’ve caught it saying weird things in the English <> French pairs as well, but nothing as crazy as English <> Arabic. I’m sure this applies to other languages like Chinese, Japanese, and Korean as well.) So, translating full social media posts in Google Translate is most definitely a terrible idea. Unless if you don’t mind things like “lace”, as in the kind of fabric, getting translated to “shoelaces”, and so on. However, one thing most people don’t about Google Translate is that it actually isn’t that bad!

Yes, I actually am praising Google Translate for once in my life!
The reason is because when you go to translate full sentences, there are certain issues, like the difference in grammatical patterns, etc, that cause trouble. The reason behind this is that Google Translate acts as a dictionary of sorts. Imagine taking an English sentence: “Ahmed ate an apple.” and using a dictionary to translate it to Arabic. You’ll most probably end up with the correct words, but the order in which they are written is incorrect, because of the difference in subject-verb order between the two languages. Complex sentences, idioms, and metaphors will just result in even more confusing output, ending up with something that looks Arabic but reads like gibberish to a native speaker of Arabic.

Yet still, if you were in, say, Cairo, and you walked into a shop looking for a bottle of water, you can use Google Translate to simply translate the word “water”, and read it out to the shopkeeper, who will direct you by pointing, to the aisle where you can find a bottle to quench your thirst. This same concept can be applied to social media, especially if you want to test the waters before plunging into an agreement with an agency or consultant to start a full-fledged campaign. Choose a few keywords that are used to describe your product, go on Google Translate, and get the equivalents of them in Arabic.
Then get onto a tool like Hashtracking to analyze your chosen keywords. Check them out on RiteTag to figure out if they’re trending, overused, long-life, or underused. RiteTag also gives you some cool analytics, such as the number of retweets, views, and replies per hashtag. Use Hashtagify to identify any related hashtags, and translate them back into English to figure out what they mean. BrandMentions Hashtag Tracker is another option, free of charge, that helps you monitor hashtag performance for any topic and brand you have in mind.

Once you have a solid idea of what the various hashtags’ metrics are, choose a couple of them, and add them to some image posts of your products, on Twitter or Instagram. Keep an eye on your accounts’ and see if you get any engagement from Arabic speakers. If you do, then you probably should consider hiring an agency or consultant to work on a complete social media content strategy and plan for your brand, in Arabic.
Did you find this trick useful? Let us know if it worked for you in the comments below!
P.S.: Remember that this applies to all foreign languages, not just Arabic. Let us know what language you will use this trick for, if you’re going to try it out!